This day belongs to the letter “L.” Therefore our saint for today is Saint Livinius of Ghent:

Saint Livinus (c. 580 – 12 November 657), also Livinus of Ghent, was an apostle in Flanders and Brabant, venerated as a saint and martyr in Catholic tradition and more especially at the Saint Bavo Chapel, Ghent. His feast day is 12 November.

The legend goes that Livinus was born from Irish nobility. Upon studies in England, where he visited Saint Augustine of Canterbury, he returned to Ireland. He later went on a peregrinatio Domini and left Ireland for Ghent (Belgium) and Sealand (Netherlands) where he preached. During one of his sermons, Livinus was attacked in the village of Esse, near Geraardsbergen by a group of pagans who cut out his tongue and severed his head. 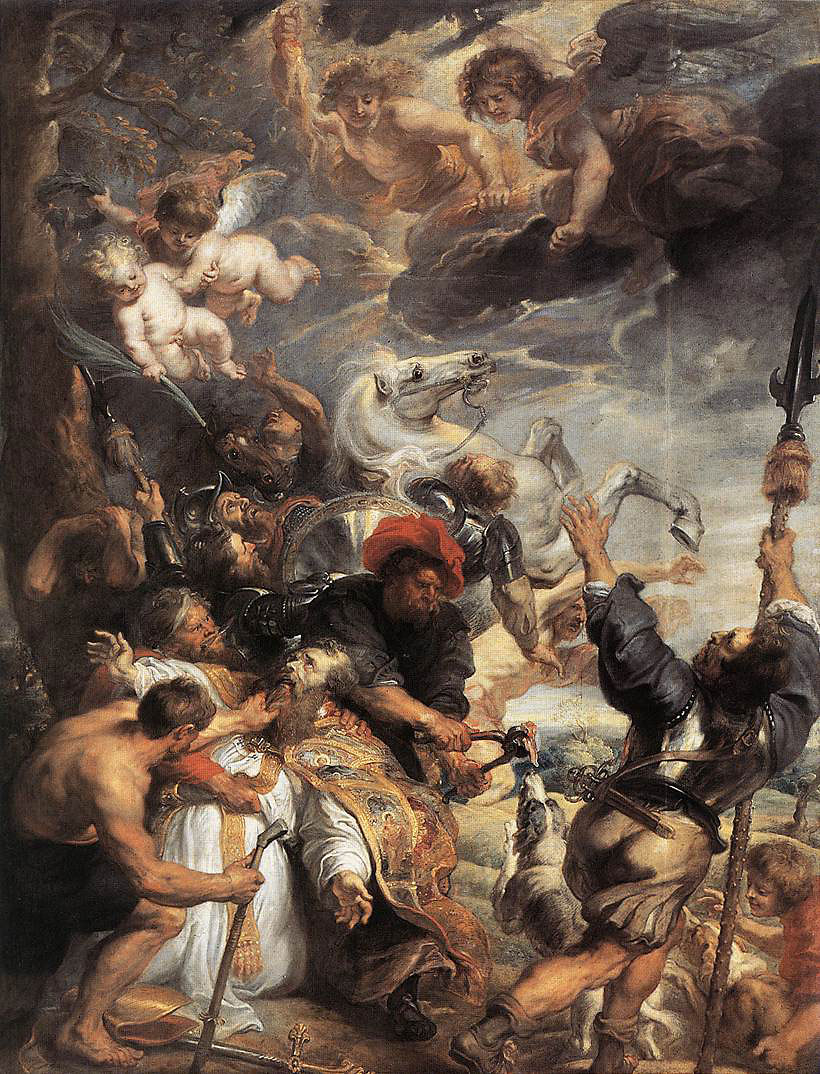